This month we have gathered a short list of 7 top books to read this year (2019). These books have been recommended by our Gal Pals. I must admit it’s a solid list of winners.  Let us know what you think. Please send us any book suggestions you have, we want to hear from you.

We will continue to suggest a list of Gal Pal Great Reads every month, based on interest.  Check out the following list of books and direct links to Amazon. 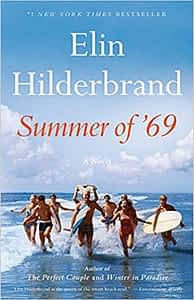 This #1 New York Times Bestseller historical novel takes place in one of histories most important time in the United States… Summer of the twentieth century.

It’s 1969, and for the Levin family, the times they are a-changing. Every year the children have looked forward to spending the summer at their grandmother’s historic home in downtown Nantucket.

But like so much else in America, nothing is the same: Blair, the oldest sister, is in Boston, pregnant with twins and unable to travel. Middle sister Kirby, caught up in the thrilling vortex of civil rights protests and determined to be independent, takes a summer job on Martha’s Vineyard. Only-son Tiger is an infantry soldier, recently deployed to Vietnam.

Thirteen-year-old Jessie suddenly feels like an only child, marooned in the house with her out-of-touch grandmother and her worried mother, each of them hiding a troubling secret.

As the summer heats up, man flies to the moon, and Jessie and her family experience their own dramatic upheavals along with the rest of the country.

Why We Love It: Elin Hilderbrand is known as “The Queen of Beach Reads,” and this book fall in line with the rest.  It’s a interesting read ad it takes you back in time as you can a good read on what life was life in 1969. 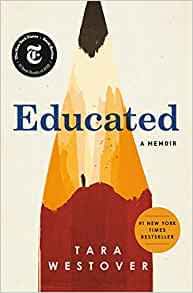 Born to survivalists in the mountains of Idaho, Tara Westover was seventeen the first time she set foot in a classroom.

Her family was so isolated from mainstream society that there was no one to ensure the children received an education, and no one to intervene when one of Tara’s older brothers became violent.

When another brother got himself into college, Tara decided to try a new kind of life. Her quest for knowledge transformed her, taking her over oceans and across continents, to Harvard and to Cambridge University. Only then would she wonder if she’d traveled too far, if there was still a way home.

Why We Love It: It’s the kind of book that I think everyone will appreciate. Tara is a talented writer, and her story is nothing short of inspirational. Educated is a must read! 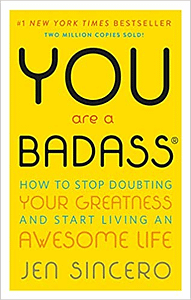 In this refreshingly entertaining how-to guide that empowers you to be a badass!

If you’re ready to make some serious changes in your life, You Are a Badass will help you: Identify and change the self-sabotaging beliefs and behaviors that stop you from getting what you want, blast past your fears so you can take big exciting risks, figure out how to make money, learn to love yourself and others, set big goals and reach them – it will basically show you how to create a life you totally love, and how to create it now.

Why We Love It: If you have any mental barriers that are holding you back from achieving your goals then  you will love this book! Are you open minded? If so, you will get a lot from this book. 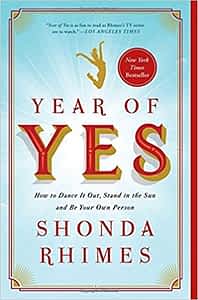 Shonda is the mastermind behind popular TV Shows…. ‘Grey’s Anatomy,” “Private Practice,” “Scandal,” and “How To Get Away With Murder.”

Her story Year Of Yes, is about saying YES for a whole year.  The title told you that much, right?

She talks about the difference between “doers” and “dreamers” and how people out there who are accomplishing things and taking the world by storm are not merely dreamers…they are out there DOING.

With three children at home and three hit television shows, it was easy for Shonda to say she was simply too busy. But in truth, she was also afraid. And then, over Thanksgiving dinner, her sister muttered something that was both a wake up and a call to arms: You never say yes to anything.

Shonda knew she had to embrace the challenge: for one year, she would say YES to everything that scared her.

Why We Love It: Saying “yes” was  Shonda’s way of taking action. It was her showing up. It was doing and not just dreaming. It’s a perfect book for women who  want to feel empowered! 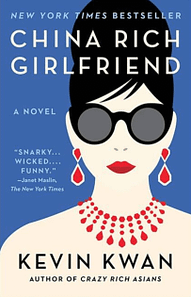 Did enjoy the entertaining movie Crazy Rich Asians? If so, you will love this book.

China Rich Girlfriendis a satirical 2015 romantic comedy novel by Kevin Kwan. It is the sequel to Crazy Rich Asians, a novel about the wealthy Singapore elite.

Kwan was urged to write the sequel by his publishers after the initial success of Crazy Rich Asians.

The book is set the eve of Rachel Chu’s wedding, and she should be over the moon.

She has a flawless Asscher-cut diamond, a wedding dress she loves, and a fiancé willing to thwart his meddling relatives and give up one of the biggest fortunes in Asia in order to marry her. Still, Rachel mourns the fact that her birth father, a man she never knew, won’t be there to walk her down the aisle.

Why We Love It: It’s fun and a fast read. 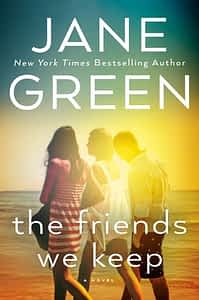 Evvie, Maggie, and Topher have known each other since college. Their friendship was something they swore would last forever.

Now years have passed,  and the friends have drifted apart, and none of them ever found the lives they wanted – the lives they dreamed of when they were young and everything seemed possible.

Evvie starved herself to become a supermodel but derailed her career by sleeping with a married man.Maggie married Ben, her college love, never imagining the heartbreak his drinking would cause.

Topher became a successful actor but the shame of a childhood secret shut him off from real intimacy.

By their thirtieth reunion, these old friends have lost touch with each other and with the people they dreamed of becoming. Together again, they have a second chance at happiness… until a dark secret is revealed that changes everything.

Why We Love It: The Friends We Keep is easy for most women to relate to. We drift away from friends but when we connect it seems like not a minute has past. 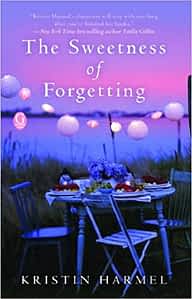 A baker in Cape Cod, Massachusetts, must travel to Paris to uncover a family secret for her dying grandmother—and what she learns may change everything. The Sweetness of Forgetting is the book that made Kristin Harmel an international bestseller.

At thirty-six, Hope McKenna-Smith is no stranger to bad news. She lost her mother to cancer, her husband left her for a twenty-two year old, and her bank account is nearly depleted. Her own dreams of becoming a lawyer long gone, she’s running a failing family bakery on Cape Cod and raising a troubled preteen.

Now, Hope’s beloved French-born grandmother Mamie, who wowed the Cape with her fabulous pastries for more than fifty years, is drifting away into a haze of Alzheimer’s. But in a rare moment of clarity, Mamie realizes that unless she tells Hope about the past, the secrets she has held on to for so many years will soon be lost forever.

Why We Love It: This tantalizingly book is hard to put down with absolutely enthralling and full of twists and turns that add to the drama and keeps the tale moving along.

Please let me know if you have any feedback on these books.  Send along any other books you are reading that you would recommend to others.